I have seen things

Yesterday Twitter spoke and told me that I am an old man, with overwhelming decisiveness. If this has been with any more votes, I would be declared part of the vulnerable population for Corona virus, one of the expendables as people seem to refer to them.

But, Ok, I get the point. I have seen things.

I was born in 1976. I understand that in the eyes of millennials 1976 is around the same time period as 1796. My son sometimes asks me if TV was invented when I was a child.

Yes, we had a black and white TV when I was growing up. And a dial phone, that was tethered to the wall.

At 7th grade, my dad got us a Commodore 64, and I played Boulderdash, Load Lode runner, Falcon Patrol etc.

At 9th grade, I saw the TV broadcasting the first Gulf War. I didn't follow it, because at that time it didn't feel like Turkey was part of Middle East. Back then we thought Turkey was part of Europe. We used to call it the bridge to Europe.

In 1993, when I started college, I used the Mosaic browser. The Netscape browser arrived couple years later. My university had Sun workstations, and also black and green terminals.

My university was named Middle East Technical University. (Yeah, somehow, I still didn't connect the dots then...) We learned Pascal, C, Lisp, ML, Prolog. C++ was new back then, the department started a C++ course when I was in my 3rd year.

I started an MS+PhD at The Ohio State University in 1998. My flight from Istanbul to JFK had a lot of cigarette smokers -- smoking was permitted on the planes then. My flight from JFK to Columbus was a slow propeller plane.

In 2000, I was among the first to use 802.11b cards and WAPs at home, because one of my roommates was working at a company developing WAPs and writing drivers for 802.11b cards.

In 2007 iPhone was released, and I bought one. I liked the iPhone a lot.

Yeah, I have seen things, but that doesn't make me old. It was interesting times, and I feel lucky I got to see computers and information technologies taking off.

When you miss a lot of things in popular culture, you may start to become irrelevant. But I think missing a couple things is OK. I don't want to be the same as everyone else. "If you only read the books that everyone else is reading, you can only think what everyone else is thinking." -- Haruki Murakami, Norwegian Wood

In order to delay old age, I try to start new things and get involved in new experiences. Entropy is hard to beat, I know. But, not today old age, not today. 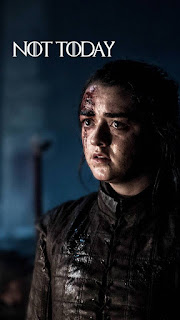